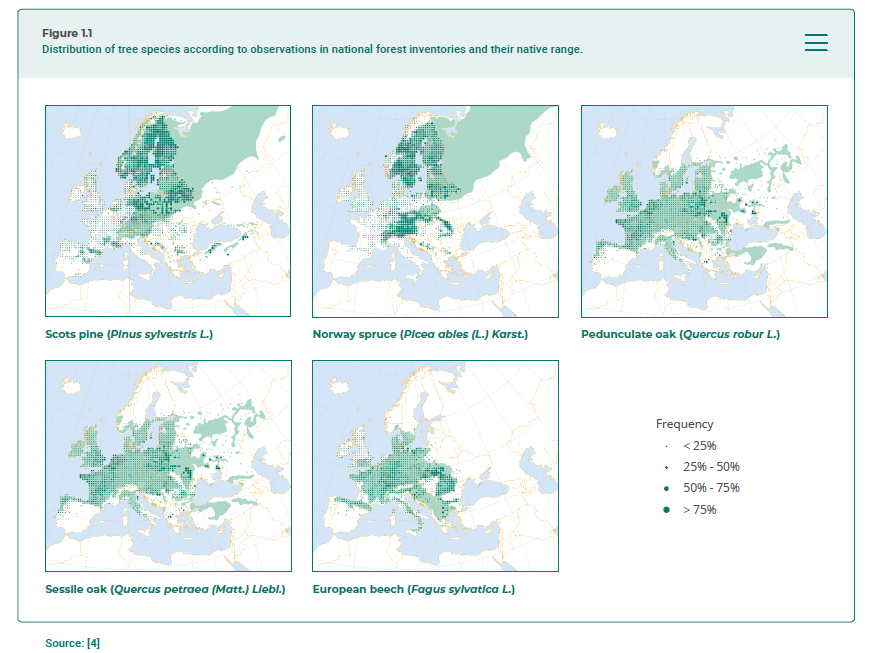 A shift towards an increased share of broadleaved species can be observed, especially in Central Europe. Since the 1990s, forest managers have favoured broadleaved species as they realised the vulnerability of pure coniferous forests to disturbances such as storms, wildfires, insect outbreaks and climate change, and the onset of close-to-nature silviculture and other nature-oriented forest management [3].

At least 150 non-native tree species have been introduced in Europe, intentionally or accidentally. These species are not necessarily invasive and are currently growing in European forests and provenance trials, covering an area of approximately 8.5 M ha.

The area covered by introduced trees has increased steadily in the European Union and Europe between 1990 and 2015 but decreased slightly in Central-West Europe between 2005 and 2015 [4]. These species mainly originate from North America, and Asia and Australia to a lesser extent. Eucalyptus, Pinus, Acacia and Abies are the most common genera in Europe. At the same time, the most occurring non-native species are Douglas fir, Sitka spruce, Tasmanian blue gum and black locust. 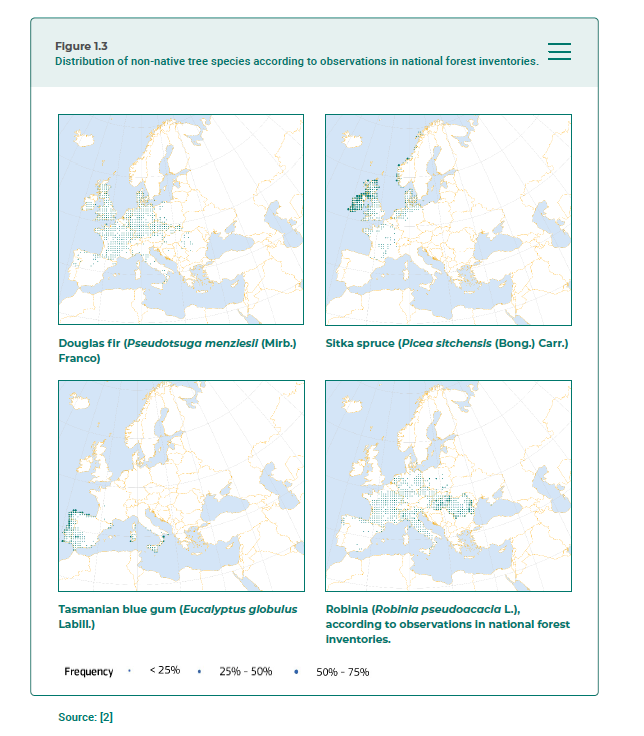